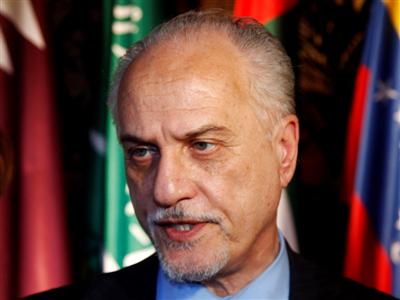 The Iraq Deputy Prime Minister for Energy, Dr. Hussain al-Shahristani, will be delivering the keynote address at the ‘Iraq: Untapped Opportunities’ conference in London on 22 November 2011, arranged by the Middle East Association and supported by the National Investment Commission of Iraq, UK Trade & Investment and Allurentis. Dr. al-Shahristani will be joined by other senior Iraqi government representatives as well as leading members of the Iraqi business community.

The UK Minister of State and Government Spokesperson, Foreign and Commonwealth Office, The Rt. Hon. The Lord Howell of Guildford, will also deliver a keynote speech at the Conference and will joined by Mr Robin Ord-Smith, UK Trade and Investment’s (UKTI) Iraq Director, and the Liberal Democrat Peer, the Rt. Hon. Baroness Nicholson of Winterbourne.

“We are urging UK Plc to seize the opportunity and find out about the opportunities for British business in Iraq, which is now well and truly open for business. Sectors including power, infrastructure, housing, water, healthcare and education, as well as the traditionally-strong oil and gas sector, need substantial assistance,” says Charles Hollis, Director General of the Middle East Association. “Iraq is making major strides in rebuilding its economy but needs British expertise to secure its future.”

“Opportunities to trade and invest in Iraq are growing fast and from the increasing number of enquires we get a week from UK companies, it is clear that British businesses are increasingly keen to get involved, “ said Robin Ord-Smith, UK Trade and Investment’s (UKTI) Iraq Director. “Iraqis meanwhile tell us that they have great respect for British companies and the quality of their goods and services, and would like to see more enter the market. So would I.”

British exports for the first seven months of 2011 are running at a similar level to 2010, when the UK recorded around £194 million of visible exports to Iraq. Given that the International Monetary Fund estimates Iraq will grow at a rate of 12.5% this year, with gross domestic product expected to reach $108bn, Charles Hollis, Director General of the Middle East Association, argues that UK companies should be doing better.

“British business needs to enter the Iraqi market now if we are not to lose out to competitors,” he said. “This conference is an important step in cementing and growing the links between Iraqi and UK commerce by highlighting the commercial opportunities for UK companies and offering advice and guidance on how to tackle the particular challenges that Iraq represents.”

The ‘Iraq: Untapped Opportunities’ Conference, which is being held at London’s Dorchester Hotel on 22 November 2011, will also include a networking lunch and expert panel sessions on:

To register for the ‘Iraq: Untapped Opportunities’ conference or for more information please visit the Middle East Association’s website: http://www.the-mea.co.uk/events-forthcoming-view.asp?eventid=398