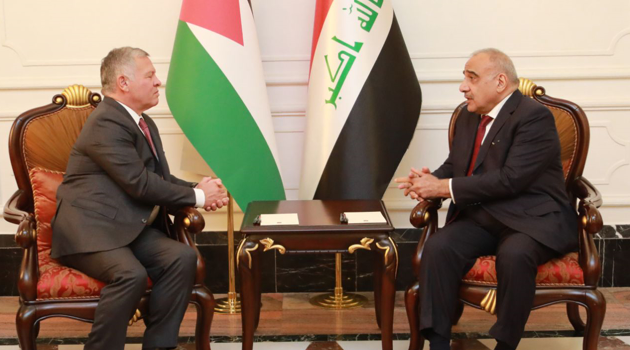 Iraqi Prime Minister Adel Abdul Mahdi and his Jordanian counterpart, Omar al-Razza, signed 14 economic agreements Feb. 2 between the two countries, during their meetings on the Iraqi-Jordan border, where a joint industrial city will be established.

The agreements include the transport, trade, health, agriculture, finance and energy sectors.

The recent economic agreements between the Iraqi and Jordanian governments have raised controversy in Iraq, as some Iraqi political and economic institutions believe these understandings favor Jordan and harm Iraq. The Asaib Ahl al-Haq (League of the Righteous), headed by Qais Khazali, said “the Iraqi citizens will pay the tax of these agreements.”

As with most other issues in Iraq, these agreements divided Iraqi political camps into two. One was welcoming, and the other denounced the agreements as having no economic feasibility for Iraq — especially those related to extending a pipeline from Iraq’s oil-rich government of Basra to Aqaba.