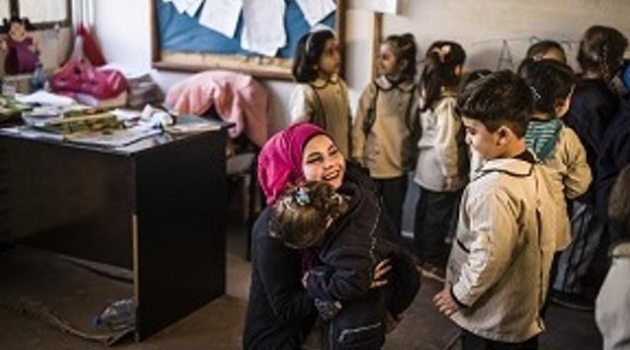 By Editor on 8th July 2019 in Healthcare, Iraq Education and Training News

The European Union (EU) – via the EU Regional Trust Fund in Response to the Syrian Crisis - adopted a €100 million new assistance package to support the resilience of refugees, internally displaced person (IDP) host communities in Lebanon, Jordan and Iraq.

This will be done through the strengthening of public service delivery systems, improved access to higher education, and improved child protection services.

With this new package €1.6 billion out of a total of €1.8 billion mobilised by the EU Trust Fund have now been turned into financing concrete actions helping refugees and host countries alike.

“The EU delivers on its commitments. With these additional €100 million of assistance, the EU Regional Trust Fund in response to the Syrian crisis continues to support refugees to become increasingly economically self-reliant. Through access to income generating opportunities, they are able to take their livelihoods in their own hands, provide for themselves, and preserve their dignity.

"At the same time we are supporting host communities and Syria's neighbours in their effort to expand their economies while coping with challenges related to the conflict which is still ongoing”.

The EU Trust Fund is now in its fifth year of implementation, but the Syria crisis is far from being over. Over time, the needs have changed and the Trust Fund has evolved from providing early recovery assistance focusing on addressing basic needs of those affected by the Syria crisis to equipping refugees and local communities with tools and skills for greater self-reliance.

The Trust Fund also focuses on reinforcing the national systems for public service delivery to meet refugee and local community needs in the longer term. Currently 67 projects have been contracted to implementing partners on the ground.