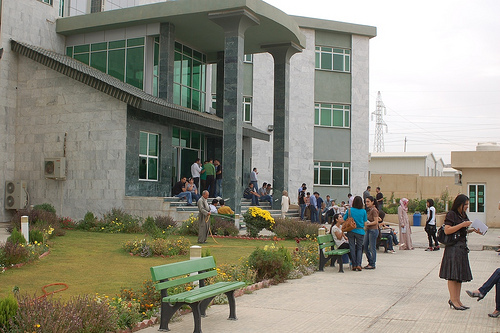 The American University in north Iraq’s Sulaimaniya city has decided to grant Bachelor degrees in Civil and Mechanical Engineering, according to a report from Aswat al-Iraq.

All Iraqi students have been invited to join it, whatever their national, racial or religious background may be, the University’s Academic Adviser said on Tuesday.

“The University shall accept any student in the above faculties,” John Achresto told a news conference, adding that the level of study will be up to the highest international levels.

He said that his University “is the first university of its kind to get the approval of the U.S. High Liberal Education Academy in this respect.”

The American University in Sulaimaniya was established in 2007, has 375 students, and uses the English language in its studies.