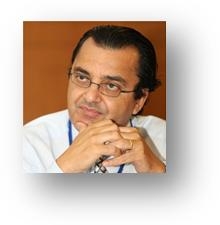 Shell continues to work hard to deliver joint projects with its Iraqi partners, the South Gas Company, and expects a final agreement on the Heads of Agreement (HoA) soon, after the Iraqi cabinet endorsed the project end of June this year.  This is according to the architect of the 2008 agreement, Mounir Bouaziz, Shell EP International’s Vice President Commercial, New Business, LNG, Middle East and North Africa.  The HoA will eventually form the gas joint venture, Basrah Gas Co (BGC), with the immediate aim of boosting much needed power generation in Iraq.

Mounir Bouaziz, who was one of the first senior IOC executives to visit Baghdad after 2003, has since then spearheaded Shell’s activities in the region and most recently steered the winning consortium of the giant Majnoon oilfield bid.


Basrah Gas Company (BGC)
The establishment of the Basrah Gas Company (BGC) marks an important milestone in supporting Iraq to make a better use of the gas, which is currently being flared, according Mounir Bouaziz.  “Gas is a key part of the chain in delivering sustainable power generation”, he says, “together with our partner, the South Gas Company, we have been working hard to deliver joint projects that have resulted in an estimated 135 mmscfd of gas, and circa. 500 tonnes per day of LPG being gathered, that were previously flared.  This represents around 20% of the currently flared gas, and over a third of the current Iraqi LPG import requirements.”  He continues:  “We continue working with our Iraqi partners and expect a final agreement soon, as the Iraqi Cabinet endorsed the project end of June 2010. Now we are waiting for the final conclusion and ratification of the contracts by the Cabinet”.

Reduction of flaring
The joint venture between Shell, Mitsubishi and South Gas Company is set to capture and exploit gas flared from four giant southern Iraqi oilfields.  According to the Shell LNG specialist, it is difficult to provide an exact figure on how much the project will be able to reduce the flaring.  “What I can say is that progress is being made”, says Mounir Bouaziz, “the current level of flaring equates to approximately 20 million tonnes per year, in CO2 equivalent emissions. The JV would initially focus on gathering this gas in order to reduce the flaring and turn this resource, currently being wasted, into value for Iraq - by helping the country meet its domestic needs for power generation and creating a new income stream.”

Huge potential for gas exports
“We have worked for many years with the Ministry and the national Oil and Gas companies on a Gas Master Plan”, he continues: ”it is exciting to realise that Iraq could develop into a prominent gas industry, and match some of the top gas exporters. I am personally excited about the opportunity to play a role in this challenge.”

Mounir Bouaziz acknowledges and supports the fact that domestic needs take preference.  “There is no doubt about that”, he continues, “yet, there is still phenomenal potential for export through LNG and pipelines, simply because the large associated gas volumes expected from the ongoing oil-field developments. I would like to emphasise that any gas export will be subject to Government approval.”
Majnoon oil field:  local communities

In December 2009, Petronas joined Shell to form the winning consortium of the giant Majnoon oil field bid, one of the largest oil fields in the world, estimated by the Iraqi government to hold 38 billion barrels of oil in place.  According to Mounir Bouaziz good progress is being made.  “What pleases me is the news I am getting about the relationships and cooperation with the local communities in Majnoon. I visited these communities myself a day after signing the contract, and I am delighted about the acceptance of the Basrawis to the project and Shell’s presence.”

Visit www.Basrahgas.com for the latest information about the Basrah Gas Company (BGC).

Iraq Future Energy 2010
Mounir Bouaziz forms part of a distinguished list of speakers and experts who will discuss the exploration of Iraq’s rich oil and gas fields during Iraq Future Energy 2010, a top meeting energy executives and Iraqi regulators from 27-28 September in Istanbul, as global companies that have won contracts prepare to start the development of various fields.

The complete interview with Mounir Bouaziz and other top speakers at Iraq Future Energy 2010 are available at:  www.theenergyexchange.co.uk/iraq10