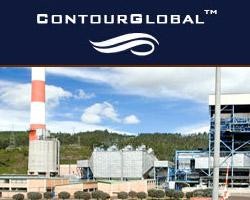 U.S. energy firm ContourGlobal is in talks with the authorities in the oil-rich province of Kirkuk regarding the construction of a 400-megawatt power plant, according to a report from Azzaman.

Governor Abdulrahman Mostefa was quoted as saying that the plant would not be part of the country’s national grid as it wpuld be used exclusively to meet the province’s energy needs.

“The province seeks to finance its own electricity projects,” he said.

Oil-producing Iraqi provinces are taking their own measures to generate more electricity on their own – thanks to massive allocations of hard cash they have been receiving under a new plan which gives them one dollar per each barrel of oil they produce.

At the current rate of production, Kirkuk takes in more than $600,000 per day.

A delegation from ContourGlobal is currently in Kirkuk and the “ governor urged the members to implement the project in the province,” sais a anomynous source.

The source said the U.S. firm’s representatives attending the meeting agreed to go ahead with the project once details on guarantees and financing have been worked out.

The governor, according to the source, wants to see the plant ready in two years.

Once completed, the province would have enough electricity for round-the-clock supply, according to the report.