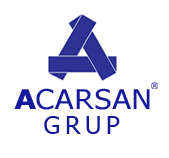 The Chairman of future projects coordination in Karbala province, Hani al-Yasari, has confirmed that the Turkish Universal Acarsan Co. has completed the first stage of the modern hospital project in al-Herr district the province.

He told NMC that the seven-floor hospital, to be built over 65 acres in 33 months, includes 492 beds initially, expanding to 600 later; he added that plans for the hospital were drawn up by a Japanese consultancy.

The company is also contracted to deliver four additional hospitals, to an identical design, in Basra, Hilla, Missan, and Nassiriyah. Total value of the contracts is reported to be between $750 million and $950 million.