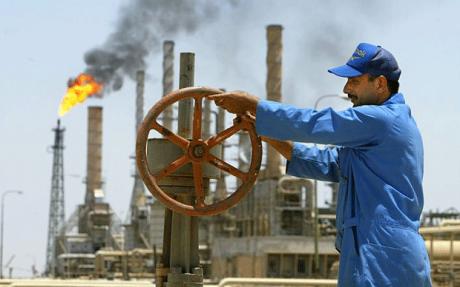 Iraq will soon achieve self-sustainability in oil products with the completion of the four new oil refineries now under construction, the Director General of the General Company for Southern Oil Refineries said on Wednesday.

“Our production of oil products is presently increasing, as we have boosted the production of petrol about two-fold, and the coming few months will see production at a level that enables the Oil Ministry to decrease the imports of petrol by 50 percent or more, along with achieving self-reliance, after the completion of four refineries now under-construction,” Nasser Qassim told Aswat al-Iraq news agency.

Qassim said that the four refineries -- Nassiriya , Missan, Kirkuk and Karbala -- are now under construction, and will each have a capacity of 150,000 barrels per day (bpd), to cover the country’s needs and help it achieve self-sufficiency.

“The Southern Refineries Company has several projects now, including stabilization units, production capacity of each is estimated to be 70,000 bpd, producing oil products, such as gas, petrol, kerosene and gas-oil, along with different lubrication products,” he said.

“After the downfall of the previous regime in 2003, Iraq had been importing gas, petrol, kerosene and gas-oil. Today, it is importing only petrol,” he added.