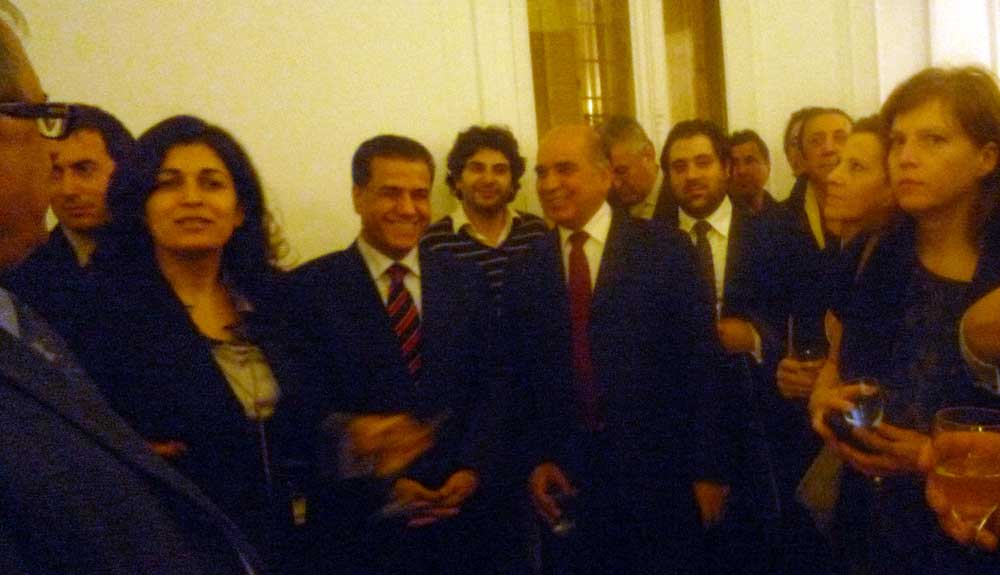 By Editor on 10th March 2011 in Construction & Engineering In Iraq

During his speech, Mr Bakir noted the importance of this step in continuing the historical relationship between the peoples of Kurdistan and France. He also confirmed the interest of the KRG in maintaining an amiable diplomatic relationship with France and cited its status as a significant member of the European Union.

Mr Bakir congratulated Khaman Zrar, the KRG Representative in France, on her assignment to this post. He also expressed his appreciation for her service to the people of the Kurdistan through her efforts there, and wished her continued success.

Ms Zrar also spoke to the gathering, which was attended by friends of the Kurdish people, and members of the Kurdish diaspora in Paris. She thanked the KRG for its ongoing commitment to relations with France and expressed her desire to see continued improvements in the academic, social, economic and commercial ties between France and Kurdistan.

Both sides spoke about relations between the Kurdistan Region and France and discussed the implementation of the Memorandum of Understanding that was signed between the President of the Kurdistan Region and the France’s Minister of Foreign Affairs in June 2010. They also talked about broadening economic, political, cultural and scientific relations.

The Minister highlighted the development of relations between the Kurdistan Region and France evidenced by the opening of the Consulate General, the French cultural and commercial centers in the Kurdistan Region. He also mentioned the opening of the Office of the KRG in France and their participation in the conference about the future of Iraq's Christians to indicate the KRG’s actions to improve these relations.

He also thanked the government of France for its support to the people of Kurdistan and asked them to give serious consideration to the fields of reconstruction and investment in Kurdistan.

Iraqi Parliament Declares Itself Above the Constitution
Anxiety Across the Region, But Hope Too
Tags: France, Kurdistan News