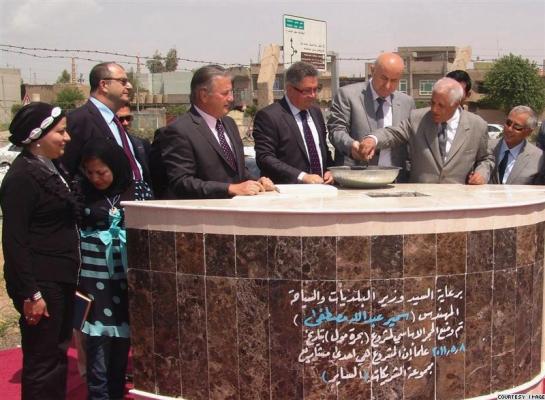 By Editor on 10th May 2011 in Construction & Engineering In Iraq, Iraq Industry & Trade News

The foundation stone was laid for a new $10m [12 billion Iraqi dinar] commercial complex and shopping centre in Erbil on Sunday.

Samir Abdullah, Minister of Municipalities and Tourism of the Government of the Kurdistan Region, emphasised the importance of Kuwaiti investments in the region.

Nasser Al Sayer, Chairman of the Kuwait Al-Sayer Group of Companies, which owns the project, said, "we chose the Kurdistan region because it enjoys security and stability."

He added that the shopping centre includes two floors of shops and two floors of parking and extends on an area of ​​eight thousand square meters.

Erbil's Governor, Nawzad Hadi, said Kuwaiti investments "will lead to the development of the city and will also have an effect on other companies to come to the region and investment in it."