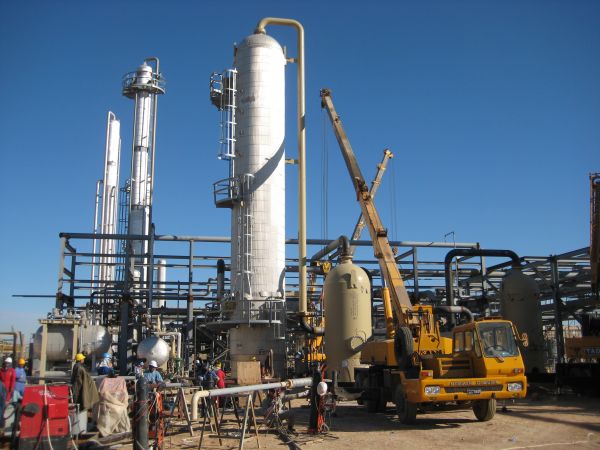 Dana Gas PJSC, the Middle East’s largest regional private sector natural gas company, and which has operations in Kurdistan's Khor Mor, has announced its financial results for the quarter ended 31st March 2011, with a Net Profit after tax of AED 92 million, a 180% increase compared to the first quarter of 2010, and a 56% increase compared to the last quarter of 2010.

Revenue from the sale of hydrocarbons increased to AED 616 million, with gross profit reaching AED 337 million. These figures represent increases of 50% and 108% respectively, compared to the same period last year. This is due to production growth coupled with higher market prices for oil, condensate and LPG during 2011. Production increased in aggregate by 34%, from the Company’s operations in Egypt, where new discoveries continue to be brought into production, and in the Kurdistan Region of Iraq, where production from the Khor Mor field continues to increase.

Earnings before interest, tax, depreciation, amortization and exploration (EBITDAX) increased by 77% to AED 403 million as compared to the first quarter of last year.

The above Net Profit after tax excludes an unrealized gain of AED 326 million in the quarter for the Company’s investment in MOL (the Hungarian oil and gas company, one of our partners in the Kurdistan Region of Iraq), booked directly to equity in line with the Company’s published accounting policy. The “Comprehensive Income” for the 3 month period is AED 418 million compared to AED 173 million in same period for 2010.

Dana Gas Egypt’s operations have continued to deliver strong results producing 4.25 million barrels of oil equivalent during the first quarter, an increase of 20% compared to the same period last year, which included production from the Ward Delta and West Ward Delta fields which were brought on stream in March 2011. The Company drilled one unsuccessful exploration well during the period and after the end of the period, on 3rd May, announced a new discovery at South Abu El Naga-2 in the West El Manzala Concession. This well, which was drilled as an appraisal of the previously announced South Abu El Naga Field, successfully appraised this discovery and in addition added a new pool discovery, which is estimated to contain in excess of 60 billion cubic feet of gas.

In the Kurdistan Region of Iraq, Dana Gas, net to its 40% share, produced 1.75 million barrels of oil equivalent of gas, condensate and LPG during the period, an increase of 80% over the same period in 2010. Construction of the LPG Plant at Khor Mor is now complete and production of LPG has commenced. Gas production from Khor Mor will increase as demand from the power stations increases and as new customers in the region are established.

“I am delighted to report that Dana Gas’ Net Profits are up by 180% compared to the first quarter of 2010. This outcome is driven by the 34% increase in production from Egypt and the Kurdistan Region of Iraq.”

“Dana Gas’ impressive exploration performance in Egypt continues with our twenty second discovery in the Nile Delta, of which we are particularly proud as we have continued our operations uninterrupted throughout the changes to the Egyptian political landscape. Furthermore, with the successful completion of our gas processing plant in the Kurdistan Region of Iraq, we continue to demonstrate the depth of our operational excellence, and we are now producing gas, condensate and LPG.”