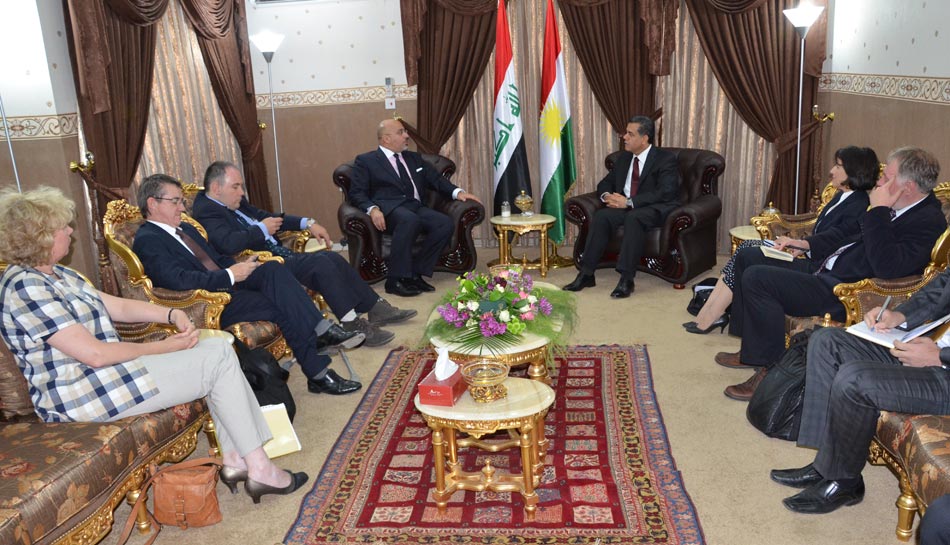 By Editor on 5th June 2011 in ‘Your Country’ – United Kingdom, Construction & Engineering In Iraq

The visit to the Department of Foreign Relations was part of a larger trip to the Kurdistan Region by the Parliamentary Group to meet political leaders and officials from a number of government and non-government organisations in order to further develop relations between the United Kingdom and the Kurdistan Region.

Minister Bakir also discussed the general political, economic and security developments in the Kurdistan Region and Iraq as a whole during the meeting and briefed the group on the recent visit to the Region by former British Prime Minister Sir John Major. He expressed the gratitude of the KRG for the role played by the United Kingdom in establishing the no-fly zones in 1991 that helped stop the massacres of the Kurdish people by the Ba’athist regime at the time.

The British delegation, which was accompanied by the KRG UK Representative Bayan Sami Abdul Rahman, was made up of MPs Meg Munn, Nadhim Zahawi, and Robert Halfon as well as UK Parliamentary advisor Gary Kent and journalist John Mc Ternan.

The group recently worked with the KRG UK Representation to host a meeting in London of experts on genocide, international law, chemical weapons and the media in order to make recommendations on how to gain international recognition and justice for the genocide in Kurdistan. As part of this visit they intend to meet with representatives from both the ruling and opposition parties in order to address issues such as their respective roles in a well functioning democracy.

A Security Review of the Last 8 Weeks
Construction of Karbala Refinery to Start This Year
Tags: 'Your Country' - United Kingdom, KRG, Kurdistan News