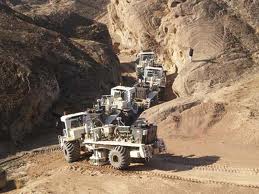 Further to the announcement of 23 May 2011, Gulf Keystone has announced that currently the Company is in the commissioning phase of oil export operations from its Extended Well Test (EWT) facility close to Shaikan-1 and Shaikan-3.

The commissioning phase, involving final preparations and customary checks and tests on all elements of the process, including loading and transportation logistics, as well as metering and receiving facilities, is underway in order to enable the Company to steadily ramp up export volumes to 5,000 barrels of oil per day (bopd) with an eight month target of over 10,000 bopd. To date just over 3,700 barrels of oil have been delivered to the storage tank facilities at the export pipeline injection point.

Prior to commencing the commissioning phase the storage tank at the EWT facility was emptied of approximately 21,000 barrels of oil, which have been sold into the domestic market in order to allow preparations for oil export to commence.

All volumes of oil are in addition to those previously reported in the Annual Results on 11 April 2011.

The Company will provide a further update on oil export operations once the commissioning phase is complete and stabilised export volumes have been injected into the Kirkuk-Ceyhan pipeline.

"Gulf Keystone is making good progress toward commencing oil exports from our Shaikan facilities at the initial intended rate of 5,000 bopd following the current commissioning phase. We look forward to delivering stabilized export volumes of Shaikan crude for shipment via the Kirkuk-Ceyhan pipeline."