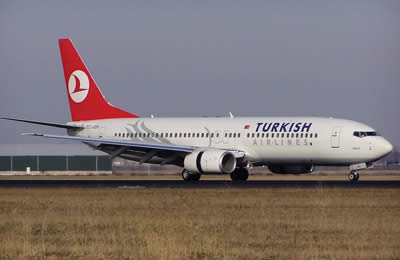 By Editor on 28th February 2012 in Iraq Transportation News

Turkish Airlines increased its flights between Basra and Istanbul to four per week, according to Aswat al-Iraq.

The Turkish consulate in Basra said there will be flights between the two cities on Saturdays, Sundays, Tuesdays and Thursdays starting on 4th March.

"Basra is strategically important, and the fourth air bridge will underline to the Turkish and foreign investors that Iraq has changed and became much safer and better than before," Turkish consul general to Basra, Faruk Kaymiski, said.

"The tickets prices for Istanbul-Basra-Istanbul flights will be $327," the Turkish Airlines office in Basra said.