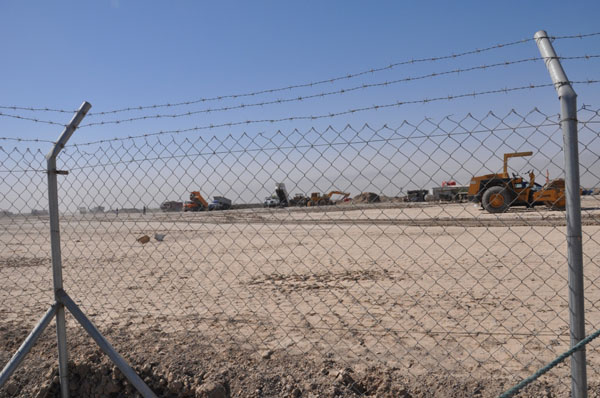 By Editor on 26th March 2012 in Construction & Engineering In Iraq

The head of the Basra Investment Commission (BIC) and a number of local officials inspected the Modern Basra City project, implemented by the US-based Wadi Sawa International in al-Sabkh region, near the Sports City.

"Basra's governor, accompanied by the head of the BIC, hailed the project's design and the ongoing work which includes the establishment of 1400 residential units, which considered the first of its kind in the province," the BIC said in a statement received by Aswat al-Iraq news agency.

Iyed al-Jabbouri, the regional director of the "Wadi Sawa" Company, a subsidiary of the International World Solution company, said:

"The main problem that we encountered in obtaining approvals to begin investing in the residential projects is the Iraqi Investment law, but the efforts of the officials in the province and that of the governer and the director of the investment committee helped in getting the approvals.

"This project is very important because its provides working opportunities to a large number of Iraqis who will work for four to five years, in addition to that it develops the province.

"The value of each housing unit will be different because they are different, the prices of vertical construction will begin from 55,000 dollars and end with 300 to 400 thousand dollars."

The World Solution company is based in the US but has its regional office in Jordan, and has now opened a branch in Basra province.