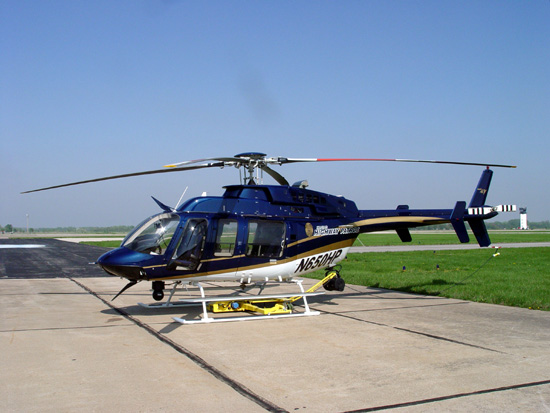 Bell Helicopter, a Textron Inc. company (NYSE: TXT), was awarded a contract by US Army Contracting Command, Redstone Alabama for the procurement of contractor logistics support for 30 Bell 407 helicopters in service with the Iraqi Army.

"Bell Helicopter is pleased to be able to support the U.S. Army and our 407's in Iraq," said Don Brosious, Vice President for Bell Helicopter. "Bell Helicopter has industry leading support and service and we are fully committed to giving the Army that same advantage in Iraq."

"The government of Iraq is in the process of building its capabilities to provide security both internally and externally. These aircraft and their operational contribution to the security of Iraq is a result of the hard work and dedication of the entire team," said Lt. Col. Courtney Cote, Product Manager for the Army's Armed Reconnaissance Helicopter and of the Iraqi 407 program. "We have delivered this capability to Iraq in record time from design to the first flight. I am extremely proud of this team."

In addition to on-ground services provided at the Al Taji Air Base, Bell Helicopter will also support the program from its Fort Worth, TX location and its service site locations in Piney Flats, TN, Ozark, AL and Corpus Christi, TX. Support includes such items as initial spares, ground support equipment and tools, aircraft maintenance and contractor logistics support.

The Iraqi 407 program is an initiative to design, develop, integrate and qualify a unique customer directed aircraft configuration under the Foreign Military Sales (FMS) program utilizing the total package approach.