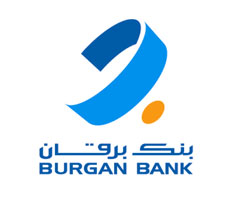 The Burgan Bank Group announced that it has won Global Banking and Finance Review's award for Best Banking in MENA (Middle East and North Africa) for the second year in a row. The award was given to Burgan Bank Group in recognition of its performance in 2012, and its consistent delivery of sound results across its operations in Iraq, Kuwait, Jordan, Algeria, Turkey, Tunis, Cyprus and Lebanon.

"We are very pleased to become recognized as the 'Best Banking group in the MENA' for the second year running. This particular award reflects the group's overall strong performance, and the continuous efforts exerted to  to introduce region wide integrated banking services to an extensive range of individuals as well as corporate customers."

Despite a number of macroeconomic challenges in 2012, Burgan Bank Group's performance was rewarding on many fronts. The expansion journey in 2008 is now paying-off and we are currently present in 9 countries with a branch network of 217 branches and over 245 ATMs, added Mr. Al Ajeel.

The group's Bank of Baghdad (BoB), which expanded its presence to Lebanon in 2010, allowed more international business flow between Lebanon and the Middle East to ultimately forge stronger commercial links with Iraq. The bank operates through 39 branches in Iraq, and is considered one of the largest private commercial banks in Iraq.