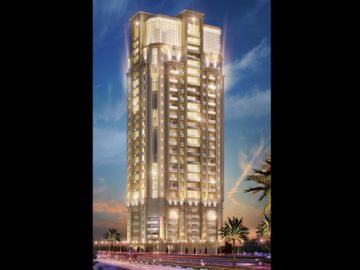 By Editor on 22nd May 2013 in Construction & Engineering In Iraq

Dubai-based DAMAC Properties has announced a comprehensive strategic plan to expand its operations to Iraq.

The company has begun work on Princess Tower – a 26-storey, luxury furnished apartment complex in the heart of the Iraqi capital, Baghdad.

The US$ 100 million project is the first stage of a long-term commitment to the country, said Ziad El Chaar, Managing Director, DAMAC Properties:

“Iraq is a key market for us and the Princess Tower is a clear sign of our commitment to build luxurious living environments in a country which is seeing strong investment and capital growth.

"Iraqi nationals are looking to own in their own property in Iraq and the population is growing 2.3% according to the World Bank as people return.”

The tower will include three bedroom fully-furnished luxury apartments in addition to a private Health Club & swimming pool, Jacuzzi, steam room, sauna, Gymnasium and state-of-the-art 24-hour security. Once complete in 2016 Princes Tower will be one of the highest residential towers in Baghdad providing much needed exclusive living.

The International Monetary Fund (IMF) forecast that Iraq’s economy would grow around nine percent this year helped by surging oil production, which is expected to gain around 10 percent to 3.3 million barrels a day. The report added the Iraqi economy had gained around eight percent in 2012.

DAMAC Properties has also recently opened up an office in the Karrada district of Baghdad and will soon finish a company headquarters in Mansour.

The company is also working closely with many departments within the Iraqi Government, to start work on a master development in many of the major cities. DAMAC Properties signed a memorandum of understanding (MoU) with the Iraqi Ministry of Housing on the final day of Cityscape 2012 to provide expertise and insight for a number of residential and commercial projects in Baghdad and the surrounding region.