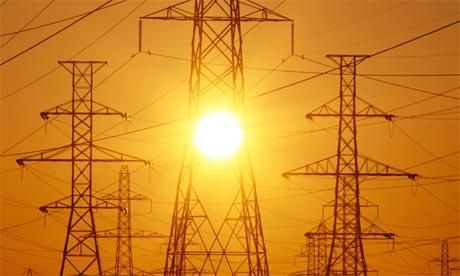 By Harith Hasan  for Al-Monitor. Any opinions expressed are those of the author, and do not necessarily reflect the views of Iraq Business News.

Last month, demonstrators in the southern Iraqi cities of Nassiriya and Basra organized nightly rallies to protest the government’s failure to provide enough electricity for households during the notoriously hot summer.

With temperatures exceeding 113 degrees Fahrenheit during July and August, most households get less than 12 hours a day of electric power. The Iraqi government spent $28 billion to reform electricity services, which became one of the most critical problems in the country since the second Gulf War in 1991.

The failure to handle this problem is another cause for the increasing disillusionment with the government. Responding to the popular rage, Prime Minister Nouri al-Maliki said in a TV interview that he was manipulated by the minister of electricity and his staff, who provided him with incorrect information about their system's capacity. Although the minister of electricity position has been rotated among five people since 2006, none of them managed to make tangible improvements.

But this did not prevent political parties from competing to obtain this position, a contest driven less by a "commitment" to social welfare and more by the fact the ministry is contract-rich. During a TV interview, Khalaf al-Ileyan, whose party was "awarded" this ministry according to a 2006 power-sharing agreement, said that he was offered a $2 million "down payment" and a monthly $1 million if he accepted a nomination for this position.

This confession might be shocking, but in fact it reflects habitual relations within Iraqi elite. "Buying" a ministry is nothing new in Iraq. The ritual of power-sharing has become all about finding ways to distribute the growing oil revenues among political parties and transforming state institutions into fiefdoms of competing groups.

Initially, the power-sharing formula was presented as a method to create an inclusive system of government that departs from the legacy of exclusionary politics. In practice, power-sharing has become a power apportionment, what Iraqis call: Muhasesa. This is partly because it emphasized ethnic and sectarian categories in determining political weights, which turned institutions into instruments of political conflicts rather than being frameworks to solve them.