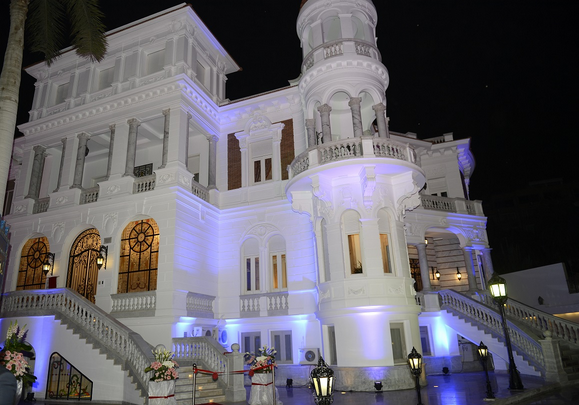 Foreign Minister Hoshyar Zebari inaugurated on Sunday evening, March 9, 2014, the residence of the Permanent Mission of Iraq to the Arab League in the presence of Ministers of Foreign Affairs, His Excellency the Secretary General of the League of Arab States Dr. Nabil al-Arabi , Mr. Amr Moussa, several Arab Ambassadors and permanent delegates and a group intellectuals politicians and media.

The opening ceremony was held on the gardens of the residence of the Permanent Representation of the Republic of Iraq, the minister gave a speech in which he confirmed that this building is an archaeological masterpiece from old times and falls within the Egyptian Antiquities expressing that Iraq was keen on rehabilitating it with Iraqi engineering .

Mr. Zebari expressed that the new Iraq seeks to return to its historical, cultural place and works to get out of isolation to openness and political and diplomatic presence in all Arab, regional and international forums

Dr. Nabil al-Arabi gave a speech in which he stressed the depth of Iraq's history and civilization and that it is capable of building all the elements of civilization from the land, water and educated population.

A ceremony was held to raise the Iraqi flag and play the national anthem , the Minister escorted the attendees on a tour of the building as a set of tunes played by Naseer Shamma musical band.