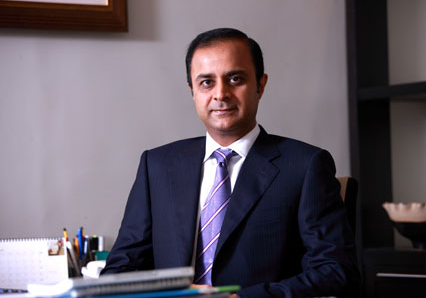 By Editor on 7th April 2014 in Construction & Engineering In Iraq

Pakistan's Lucky Cement has started production in Iraq from February of this year, in a 50/50 joint venture with the Al-Shawy family.

The company's CEO, Muhammad Ali Tabba (pictured), told Dawn that a total of $40 million has been invested in the grinding mill in Basra, which has a capacity of 3,000 tonnes per day, servicing the Southern Iraq market which has a very high demand for sulphate resistant cement (SRC).

He said the project was challenging, as getting human as well as material resources on site proved complicated due to various reasons including government regulations, market structure and support infrastructure weakness, etc.

“It’s the first phase of development and if we succeed in our projections, we may go for a full cement production line of 1.25m tonnes which may cost around $125m,” he said.

He described Basra as safer and politically more stable than the rest of Iraq in general, and Baghdad in particular.

The country is currently producing around 16 million tonnes of cement and consuming around 24m tonnes, with around 80 per cent of its cement imports coming from Iran.

France's Lafarge is the market leader in Iraq with 50 percent market share, and there are three or four Chinese cement manufacturers, in addition to "from three to four" (sic) government-owned cement plants.