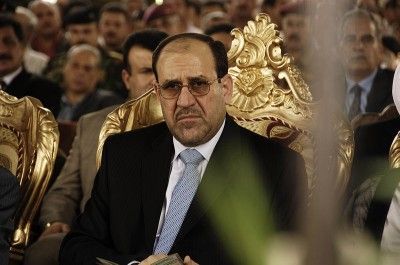 In an interview with the Lebanese Al-Manar TV channel on April 20, Iraqi Prime Minister Nouri al-Maliki challenged his adversaries, who have been accusing him of becoming a dictator and monopolizing authority, to prove that he has violated the constitution, if even once.

Maliki said that he has never overstepped the constitution or law in any of his policies or powers, and that his adversaries want to blame him for the failure of the partnership government, which they themselves are part of. Maliki reiterated his promise that the next stage will not witness a return to a partnership government including all parties. The only solution is a majority government whose ministers are appointed by Maliki, and which he leads.

The Maliki-led State of Law Coalition includes 12 parties and groups, including the Islamic Dawa Party, led by Maliki himself, the Badr Organization, the Independent Bloc, headed by Deputy Prime Minister Hussein al-Shahristani, in addition to other smaller parties.