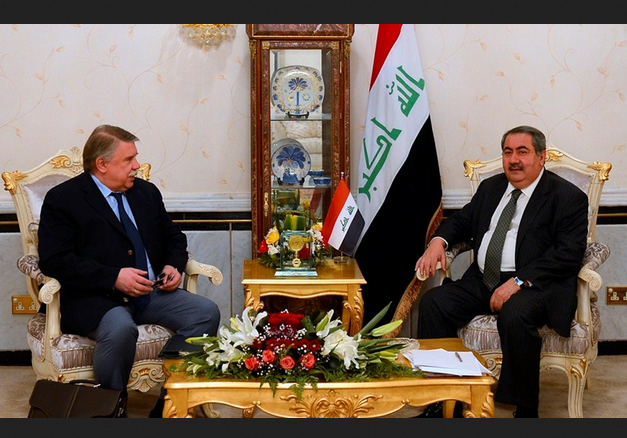 Minister of Foreign Affairs, Hoshyar Zebari received on May 21, 2014, Ambassador of the Republic of the Russian Federation, Elia Morgnov.

During the meeting, the Russian Ambassador congratulated the Iraqi people for the success of the legislative elections, hoping to achieve progress and prosperity of Iraq.

The two sides discussed bilateral and international cooperation between the two countries and the ongoing political developments in the international arena.

The Minister renewed the Iraqi government's keenness to ensure the requirements for the work of the accredited Diplomatic Missions in Baghdad.

The meeting was attended by Undersecretary for Multilateral Relations and Legal Affairs, Head of Europe Department and the Director of the Minister's Office.