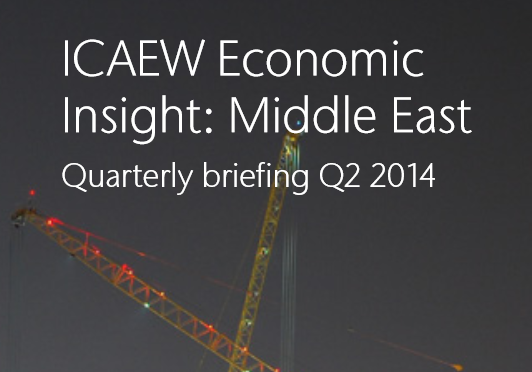 By Editor on 25th May 2014 in Investment, Iraq Industry & Trade News

Growth in foreign direct investment (FDI) to Egypt, Iran, Iraq, Lebanon and Jordan should overtake the "expansion of flows" to the Gulf Cooperation Council (GCC) by 2019, according to a new report from London's Centre for Economics and Business Research (CEBR) and the ICAEW.

It emphasised that Iraq, Iran and Egypt, despite being among the most volatile economies in the region, are attractive due to the sheer number of potential consumers they represent.

For the vast majority of countries in the Middle East, commodities make up more than half of their total goods exports by value, say the authors. The sum is as high as 99.2% in Iraq, where many other export industries have been disrupted by conflict and ongoing violence.

In Iraq, economic growth is forecast to accelerate to 6.5 per cent this year, moving up to 8.6 per cent by 2016, despite increasing violence. Since the toppling of Saddam Hussein in 2003, western and Asian oil majors have vied for a slice of lucrative energy contracts.