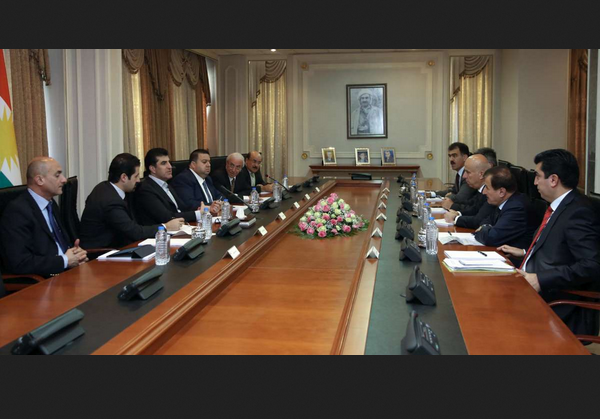 The KRG Oil and Gas Council held a meeting last week to discuss fuel shortages. The meeting culminated with the announcement of four important steps aimed at combating fuel shortage in the Kurdistan Region.

In the meeting, also attended by the Region’s governors and the finance, natural resources, and planning ministers, the fuel shortage affecting the Kurdistan region was the main topic of discussion. The areas of Kurdistan beyond KRG administration but now protected by Peshmerga forces were also discussed.

It was noted that the Kurdistan Region and all of Iraq now face a huge rise in demand for fuel, particularly gasoline. This demand for fuel outside of Kurdistan is acute because the Baiji oil refinery is currently unable to supply gasoline due to the recent militant attacks.

Within the Kurdistan Region, the refineries are having difficulty meeting internal demands. This is because, in addition to the cessation of the Baiji oil refinery supply, the Peshmerga forces require large amounts of fuel and gasoline each day. The forces operate on the frontlines, and the borders of the Kurdistan Region are currently beyond KRG administration, requiring a great deal of transport.

Four measures were decided upon during the meeting:

Residents who are financially capable are requested to purchase gasoline from private petrol stations if possible, as this will help to alleviate the shortage until it is completely handled. This also allows residents with limited income a better opportunity to fill their vehicles at government gasoline stations via the ration card system.

The Prime Minister instructed the governors of the Kurdistan Region to coordinate and work together to implement these decisions in all the governorates of Kurdistan in a fair and just manner.

Following the closed meeting, KRG Spokesperson Minister Safeen Dizayee, the Governors of Erbil, Slemani, and Duhok, and the Head of the Garmian Administration held a joint press briefing. They explained the results of the meeting and next steps to be taken, also answering questions from journalists regarding the fuel shortage.