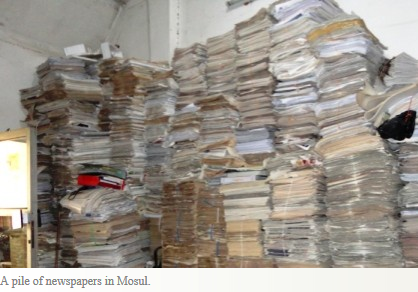 By Editor on 28th June 2014 in Iraqi Communications News, Security

The way that the Iraqi media have covered the current crisis has left a lot to be desired. Instead of information they have spread rumours and encouraged sectarian divisions. If the country ends up with another civil war, the local media must bear some of the blame.

After June 9, when Sunni Muslim extremists were able to take over the northern city of Mosul, it was not just the Iraqi people whose opinions were vastly divided about what had just happened. The Iraqi media has also been split. And it feels like it’s whole mission – to inform - has changed too.

While some media organisations were strident in their support of the fight against Sunni Muslim extremists, others described them as revolutionaries who were taking part in a popular uprising. It quickly became clear that the Iraqi media was giving in to sectarian sentiments, just as the Iraqi people on the street were.

In fact, the Iraqi media have let their public down badly. As formal security forces appeared to be collapsing in various parts of the country, people really needed to know what was going on. But the Iraqi media didn’t seem to be able to provide that information.

Instead, media organisations compensated for the lack of information by broadcasting and publishing material that was supposed to raise morale – this included revolutionary songs and replays of older victories achieved by the Iraqi army.

Over the past two to three weeks it has become quite normal for Iraqis to spend two hours watching news programmes which basically feature a lot of battle songs, while the presenter answers calls from Iraqis who were volunteering to fight the Sunni Muslim extremist group, the Islamic State of Iraq and Syria, or ISIS.

The fatwa – or religious edict – issued by Iraq’s Grand Ayatollah Ali al-Sistani, who is one of the world’s leading religious authorities and who is to Shiite Muslims what the Pope is to Catholics, became the basis for many a media report. Al-Sistani called for all Iraqis to defend the country against extremists, no matter which sect they were from. However many media organisations used his statement in programmes with a great deal of sectarian content. Often this involved hundreds of young volunteers marching around, chanting and making threats against the enemy.