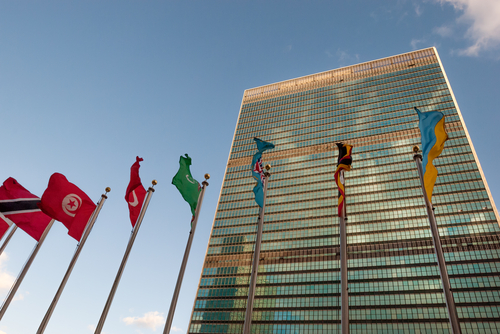 Amidst ongoing insecurity in northern Iraq, Secretary-General Ban Ki-moon and his representative in the country expressed support today for President Fouad Masoum’s office, as politicians are working towards creating a new Government, and warned that heightened political tensions could lead Iraq into even deeper crisis.

Mr. Ban “commends Iraqi President Fuad Massoum for having charged Dr. Haider al-Abbadi, in accordance with the Iraqi Constitution, with the formation of a new government,” his spokesperson said in a statement.

He also encouraged Mr. al-Abbadi to form a “broad-based government acceptable to all components of Iraqi society, in accordance with the constitutional time-frame.”

According to Article 76 of the Iraqi Constitution, the new prime minister has 30 days from the date of designation to name members of his Council of Ministers. At that time, Prime Minister Nuri Kamal al-Maliki is legally obligated to step down.

According to media reports, Mr. Maliki spoke in a televised address at midnight, making it clear that he was not planning to step down, and challenged Mr. Massoum’s authority.

Hours later, Mr. Ban’s representative in Iraq, Nickolay Mladenov voiced support for Mr. Massoum’s office, saying that the President “is undertaking his duties in line with the Constitution and the democratic political process.”

In line with his constitutional obligation, Mr. Masoum will ask the largest bloc to nominate a candidate for Prime Minister “who can establish a broad-based and inclusive Government that is acceptable to all components of Iraqi society,” added Mr. Mladenov, who is also the head of the UN Assistance Mission in the country (UNAMI).

Mr. Mladenov also addressed Iraqi security forces which have reportedly took up positions around Baghdad, telling them that they “should refrain from actions that may be seen as interference in matters related to the democratic transfer of political authority.”