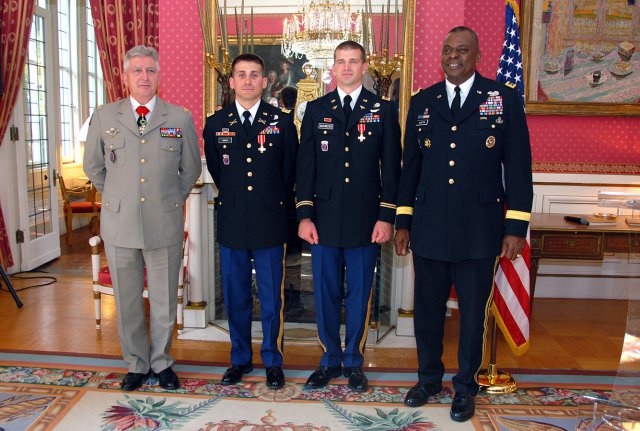 Fox News have reported that the former commander of US forces in Iraq, General Lloyd Austin (pictured, far right) has met with Iraqi PM Haider al-Abadi in Baghdad.

The two men were discussing the changing nature of US-Iraq security cooperation in the face of the ongoing offensive of the Islamic State of Iraq and the Levant (ISIL).

The US has to date launched over 100 airstrikes against ISIL positions, successfully helping Kurdish Peshmerga forces and Iraqi commandos fight off ISIL at the vital Mosul dam.

The US forces may imminently launch a second wave of strikes against ISIL. Since US air power and local ground forces were successful in saving thousands of the Yazidi minority from the openly genocidal ISIL, a second minority faces a similar fate if they cannot be saved.

In the town of Amirli, some 15,000 members of Iraq's Turkmen minority are surrounded by ISIL and will almost certainly be killed or starve to death if the siege is not broken.

Quite possibly, Iraqi forces backed by US airpower may relieve the siege, but it is unclear at the current time whether the US may undertake such an operation.