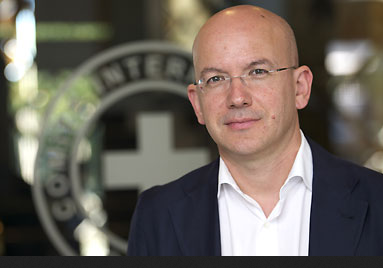 By Editor on 15th September 2014 in Security

The International Red Cross and Red Crescent Movement has pledged to intensify its humanitarian activities in Iraq, and to increase assistance for more than 1.5 million Iraqis displaced as a result of continuous fighting in various parts of the country.

The delegation was seeking to strengthen cooperation and coordination among the various Movement components that are working in Iraq to alleviate the suffering caused by the armed conflict.

More than 1.5 million people have been displaced since last January, by fighting that began in Anbar and spread to Mosul and other locations. The Iraqi Red Crescent, the ICRC, the International Federation and a number of National Societies from around the world mounted a large-scale response that included the provision of food, water, medical care and other necessities.

“The IFRC will mobilize its collective force, namely its 189 Red Cross and Red Crescent members, to provide further support for the Iraqi Red Crescent’s efforts to increase assistance to displaced people,” said Mr As Sy. “We applaud Iraqi Red Crescent volunteers for the extraordinary work they are doing under extremely difficult circumstances. A robust response, with a particular focus on the most vulnerable communities, is the need of the hour. With this in mind, we are appealing for additional emergency contributions to the Movement.”

The ICRC delegation in Iraq had announced earlier that it had provided food, clean drinking water, medicines and medical supplies, and other relief assistance to large numbers of displaced persons in various locations in Iraq.

“The ICRC stands ready to provide more assistance to the victims of the armed conflict in Iraq,” said Mr Daccord. “We also appeal to all parties to the conflict to facilitate the work of Movement personnel and to allow them access to all locations, so that they can help to preserve the lives and dignity of people affected by these difficult circumstances.”

The Movement delegation visited the headquarters of the Iraqi Red Crescent and met with Dr Yassin to coordinate efforts to step up the Movement’s response to the needs of people affected by the conflict, and to express solidarity with the Iraqi Red Crescent and the people of Iraq. The delegation also visited distribution sites for displaced persons in Baghdad, where large numbers of people have taken shelter.

”We are concerned by reports of serious violations of international humanitarian law, and by the seizure and detention of increasing numbers of people by parties to the conflict,” said Mr Daccord. "The Movement reminds all parties involved in the hostilities of their obligation under humanitarian law to treat persons deprived of their liberty humanely, to spare civilians and civilian objects, and to facilitate the delivery of humanitarian aid.”

The wounded and the sick must be provided with appropriate medical care and granted prompt and safe access to health services. Medical facilities must be protected and respected, and every effort made to ensure that medical personnel can carry out their activities unhindered.