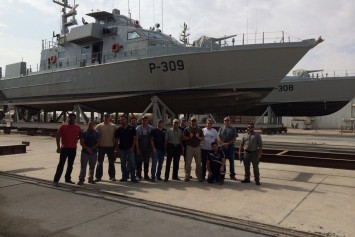 By Editor on 22nd September 2014 in Security

Swiftships Shipbuilding of Morgan City, Louisiana, is being awarded an $18-million [21 billion Iraqi dinar], not-to-exceed contract for "the accomplishment of continuous lifecycle support for the Iraqi navy."

Work will be performed on Umm Qasr Naval Base, Iraq, and is expected to be completed by October 2015.

According to the announcement from the US Department of Defense:

"FMS funding in the amount of $9,000,000 will be obligated at time of award and the contract funds will not expire at the end of the current fiscal year. This contract was not competitively procured pursuant to 10 U.S.C. 2304(c)(4).