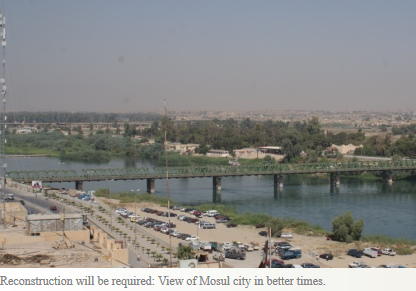 By Editor on 28th September 2014 in Politics, Security

To Be Independent Or Not: Iraqi’s Northern Province After The Islamic State?

As local forces appear to be preparing to take on Sunni Muslim extremists in charge of their hometowns, discussion has already started about what happens next. In the northern province of Ninawa, the governor is putting his faith in a new military force while others argue about how independent Ninawa can ever be from Baghdad.

Those who still feel optimistic about the survival of Iraq in its current incarnation tend to be expatriates living outside of Iraq. Their opinions are reflected by journalists and intellectuals but they are often accused of idealism, naiveté or of being deluded.

Should the Sunni Muslim extremists from the Islamic State, or IS, group who are currently controlling the area be pushed out, the majority of people living in the northern province of Ninawa – whether they be Arabs, Kurds, Turkmen, Christians or Yazidi – would prefer to see a new kind of administration. The very least they want is administrative decentralisation which would allow for reconstruction, better employment opportunities for locals and most importantly, better security.

“We have passed the phase of formulating ideas and we are now at the stage where we must take serious, practical steps to reformulate Iraq’s internal framework,” the governor of Ninawa, Osama al-Nujaifi, told NIQASH.

Al-Nujaifi believes the only way to get rid of the Islamic State from inside Ninawa is through state-sanctioned military action – and not, he adds, through a method used previously, the Sahwa or Awakening movement. This was a home-grown initiative to get Al Qaeda out of Iraq funded by the US. Al-Nujaifi confirmed his support for the idea of a new National Guard that brings all those who want to fight the IS group together under one leadership. Then he wants to see them integrated into the National Guard, once Ninawa is liberated, he says.