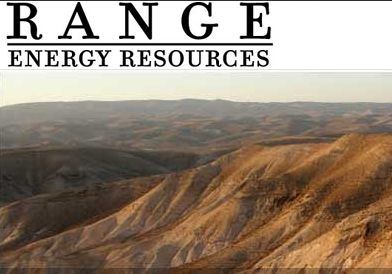 Range Energy Resources has announced that, on October 16, 2014, Gas Plus Khalakan ("GPK"), the sole contractor of the Khalakan Block in the Kurdistan Region of Iraq, announced by press release that it has declared the Shewashan light oil discovery commercial under the terms of the Khalakan Production Sharing Contract (the "PSC") and is preparing a Field Development Plan for submission to the Ministry of Natural Resources ("MNR") of the Kurdistan Regional Government.

Toufic Chahine, the Chairman of the Company's Board of Directors said:

"We are pleased to hear the news although the Company still hopes for more cooperation with our joint venture partners so that we could work together to achieve the best possible result for all."

Range has no additional information on the extent of the discovery, including the number of barrels of oil that tests show can be produced from the Shewashan-1 well. Despite the favorable arbitration award that an arbitration panel issued last May that supports the Company's right to obtain material information as to its investments in the Khalakan Block, neither NAAZ2 nor Black Gold Khalakan Limited, the other shareholder in NAAZ2, have complied with the arbitration award and provided Range with material information regarding the operations on the Khalakan Block.

The Company will continue to pursue its rights and remedies in an effort to obtain material information on Khalakan Block operations that it can report to its shareholders.