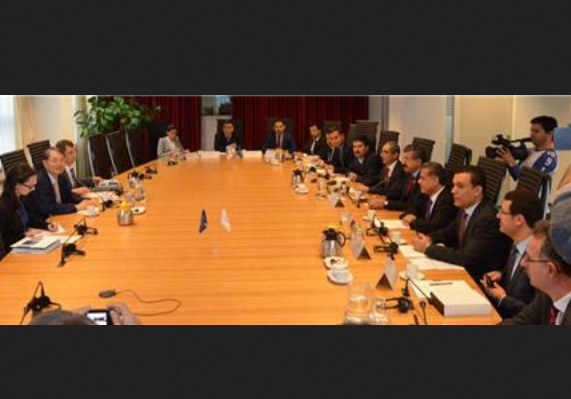 A Kurdistan Regional Government committee visited Europe last week to campaign for international recognition of ISIS’s crimes against religious and ethnic groups as acts of genocide.

The KRG High Committee on International Recognition for ISIS’s crimes against different religious and ethnic groups in Shengal and other areas of Kurdistan made the week-long visit to raise international awareness and to submit documents and evidence to the International Criminal Court (ICC).

During the visit, members of the committee met with the president of the ICC and other organs of the court, several members of the European Parliament in Strasburg and Brussels, officials from the foreign ministries of the Netherlands and Belgium, the Amnesty International office in the Netherlands, the European Commission for External Affairs, the Office of the United Nations High Commissioner for Human Rights in Geneva, and the International Criminal Tribunal for the Former Yugoslavia.

At the meetings, members of the committee presented documents and evidence on the crimes committed by ISIS terrorists and called for moral and legal support from members of international community, the United Nations, European Union and ICC. The committee also discussed the possible legal mechanisms.

All of the delegations that met with the committee expressed their readiness to fully support the KRG in obtaining recognition for the crimes as acts of genocide. Several members of the European parliament, in support of the KRG’s efforts, promised to visit the Kurdistan Region to gain firsthand experience on the humanitarian situation.

Commenting on the committee’s visit, Minister Mustafa said, “We are committed to taking all the necessary steps to end, prosecute and punish the acts of genocide and crimes against humanity committed by the ISIS terrorists. The principle of the Responsibility to Protect (R2P) obliges individual states and the international community to take effective measures to punish and prevent acts of genocide and crimes against humanity, if necessary also by military intervention or support of the local forces combating ISIS.”

The Committee was headed by Mahmoud Haji Salih, the Minister of Martyrs and Anfal affairs, and the members on the visit were Mohammed Qadir, the Minister of Labour and Social Affairs, Minister Falah Mustafa, Head of the Department of Foreign Relations, Amanj Rahim, Secretary of the Council of Ministers, and Hussein Qasim Hasson, expert in international law.