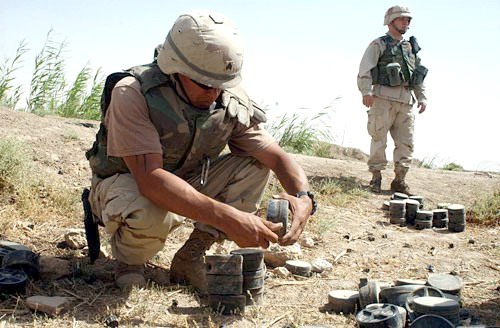 By Editor on 6th January 2015 in Security

The United States has delayed the deployment of an additional 1,500 troops to Iraq.

(Picture: Historical photo of US Army defusing land-mine outside Fallujah)