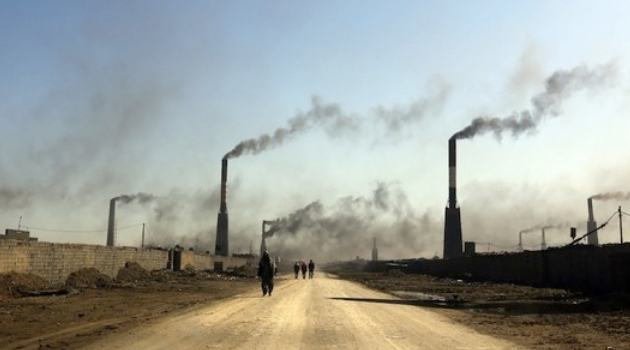 By Editor on 16th January 2016 in Employment, Politics

No Vacancies: 7 Million Iraqi Govt Employees Fear For Their Jobs

Locals employed by the government fear the financial crisis may see them lose their jobs. Nobody seems to be able to tell them if their fears are justified – but most experts agree there's a long, hard road ahead.

Thanks to the current economic crisis in Iraq, the federal government is having to deal with a troubling budget deficit. Falling oil prices – which is how the country makes most of its money – combined with an expensive security crisis mean that the government has had to come up with a variety of ways to try and deal with the shortfall in funds.

One suggested plan involves cutting the salaries of government employees, and in some cases, even making employees redundant. In a rentier economy where the government is the biggest employer, this is causing serious concerns: The Iraqi government employs almost a quarter of the population, an estimated 7 million locals, out of a population of over 35 million.

There has been an outcry on social media in Iraq with many expressing concerns about what will happen next. Some Iraqis are already talking about working out new ways to make a living, including starting small businesses on the side, others say they want to sell their homes or use their savings to try and immigrate. Current conditions in Iraq indicate that there's no point in trying to invest inside the country, many have argued on social media forums.

In return, the government has sent out reassuring messages. “According to the budget for 2016, the salaries of government employees will not be reduced,” local economist Mathhar Mohammed Saleh, who also advises the Iraqi Prime Minister, Haider al-Abadi, told NIQASH.

“Those who are spreading baseless rumours about employees' salaries being cut are lying,” Saleh noted.