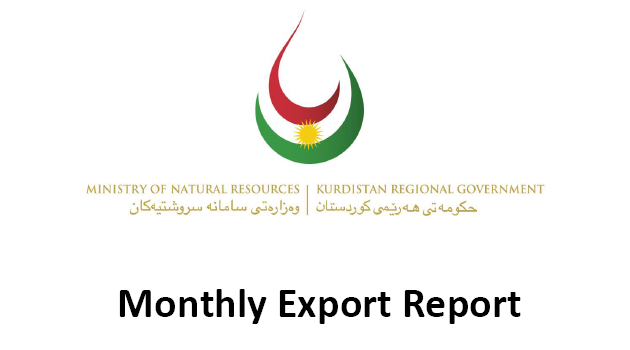 The Kurdistan Regional Government (KRG) has published its monthly export report for January 2016.

The KRG exported 18,656,131 barrels of crude oil (an average of 601,811 barrels per day (bpd)) in the month of January through the Kurdistan pipeline network to the port of Ceyhan in Turkey.

Due to circumstances beyond the KRG’s control, during January there was one day of downtime for the export pipeline. Please click here to read and download the report.