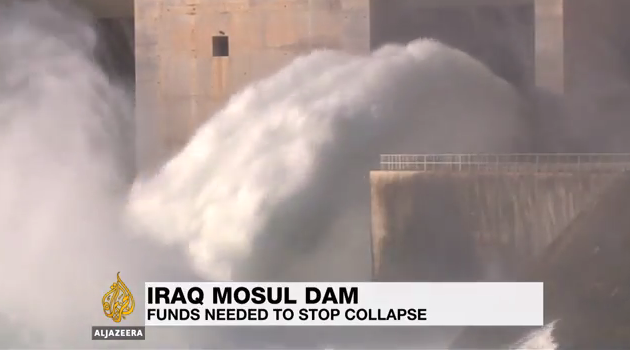 Engineers say the Mosul dam in northern Iraq is the world's most dangerous - despite millions of dollars that have been spent to strengthen it.

They need more cash - after discovering that the dam's weaknesses are much worst than first thought.

But the further cash needed is in doubt because of the war with ISIL and the Iraqi government’s budget crisis.