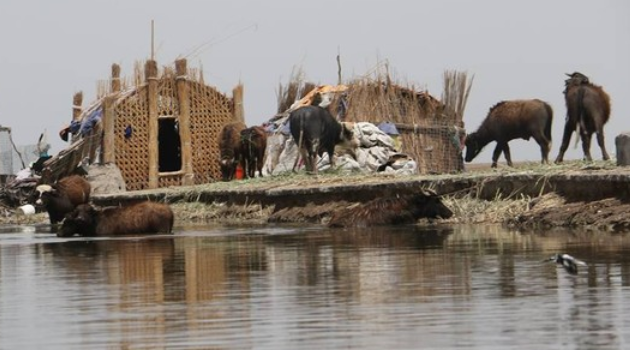 A joint committee, with representatives from all the provinces who have a stake in the marshes, has been planned. The authorities in the province of Dhi Qar have been working hard to lobby both national and international organizations, reports Hamid al-Ghazi, head of the Dhi Qar provincial council.

“The wetlands have environmental and cultural importance,” adds Hassan al-Waeli, who chairs the province’s culture committee. “They are the cradle of Mesopotamian civilization. And we think that views on their eligibility for international protection are converging,” he notes.

But there is more than just a desire to preserve Iraq’s history and eco-diversity at work here. There have also been arguments against making the marshes a world heritage site. Iran and Turkey have opposed the idea before.

Iran wants to postpone the decision until next year when it is able to pitch its own marshes and a number of historic sites – it shares some of the marshland with Iraq. And Turkey doesn’t want the marshes protected because this would mean more international obligations around the regional water quota. Iraqi analysts have already criticised Turkey’s Ilisu Dam project, which will reduce water flows coming into Iraq and damage not just the marshes, but also agricultural land.

Still Dhi Qar's governor, Yahya al-Nassiri, was optimistic about one of his neighbours, saying that recent meetings with Iran’s consul in Basra had gone well. “The Iranian side pledged to support voting in favour of listing the marshes as World Heritage Site,” he said in an official statement.