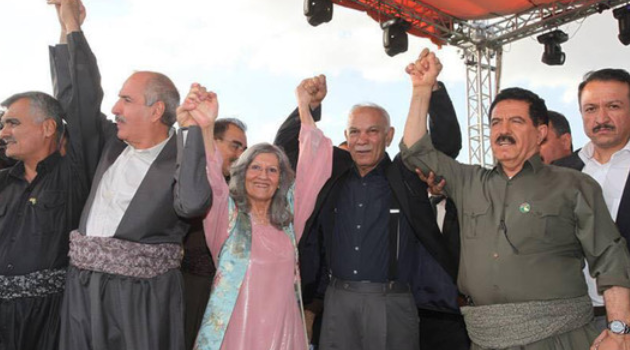 Recently two of Iraqi Kurdistan’s major political parties united. The other major party doesn’t like this – and analysts warn of civil war at worst and ongoing political problems at best.

Last week two of the three major parties in Iraqi Kurdistan held a special meeting; it was the first get-together for members of the Patriotic Union of Kurdistan and the Change movement after they signed a political agreement in mid-May, in which they agreed to unite on key issues in Iraqi Kurdish politics.

On May 17, the Patriotic Union of Kurdistan, or PUK, and the Change movement, also known locally as Gorran, issued a statement saying they had signed an agreement that would see them unite their two blocs in the Iraqi Kurdish Parliament.

“The agreement contains solutions to many problems if other parties accept the principles of democracy,” promised Rauf Othman, a senior member of the Change movement.

However this news was not particularly welcome for the semi-autonomous northern region’s other large party, the Kurdistan Democratic Party, or KDP. The political process in the region, which has its own borders, laws and military and operates like a state within a state in Iraq, has been hampered for months now, due to the fact that the three major parties – the KDP, PUK and the Change movement – cannot agree upon who should be the President of their region. The leader of the KDP, Massoud Barzani, has hung onto this position – some say, illegally – for several terms now.

Over the past few days the PUK and Change movement have announced they won’t re-start the stalled parliamentary process in Iraqi Kurdistan because consensus needs to be built.