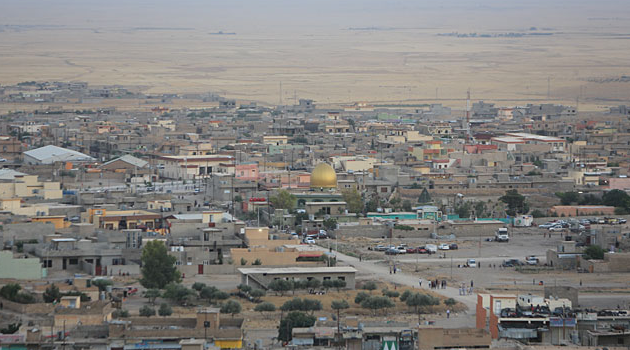 The International Federation of Red Cross and Red Crescent Societies (IFRC) has launched an emergency appeal for 3.4 million Swiss francs to support the Iraqi Red Crescent Society in responding to the dramatic humanitarian situation in Al Anbar governorate and the north of the country.

Families remain in desperate need of food, shelter, clean drinking water and sanitation, and other essential items including blankets and hygiene items, in addition to medical care and psychosocial support. Mr Elias Ghanem, director of the IFRC Middle East and North Africa region, describes the situation on the ground as critical.

“With tens of thousands staying in camps, the number of people who are now fully dependent on humanitarian aid for survival is extremely worrying. We expect thousands more families to be displaced by fighting in the months to come. Red Crescent teams will support those in greatest need.”

The Iraqi Red Crescent Society has been providing assistance to people in need since the first days of the current wave of displacement. Food, including over 92,000 loaves of bread, water, shelter, blankets and hygiene items have been provided, along with first aid and psychosocial support.

While praising the response of Red Crescent volunteers on the ground, Dr Yaseen Ahmed Abbass, president of the Iraqi Red Crescent Society, called for support in provision of relief items:

“The needs of families caught up in this crisis are immense, and we appeal for support from partners to be able to alleviate human suffering. I am confident in our teams on the ground who show their commitment to humanity every day.”

With much of Fallujah’s housing and infrastructure destroyed, the people who fled the city have months of challenges ahead before they can return home. The IFRC emergency appeal will enable the Iraqi Red Crescent to expand its assistance to 90,000 people over 9 months, including distribution of food and essential household items, health assistance, water, sanitation and hygiene promotion.

Throughout the entire country, more than 10 million people are in need of some form of humanitarian assistance. An estimated 3.4 million people - 10 per cent of Iraq’s total population - are currently displaced. The IFRC fears that ongoing military operations could drive this figure as high as 5 million people by the end of 2016.

For frequent updates on the response of Iraqi Red Crescent Society to this population movement emergency, follow @iraqircs and @IFRC_MENA on Twitter.