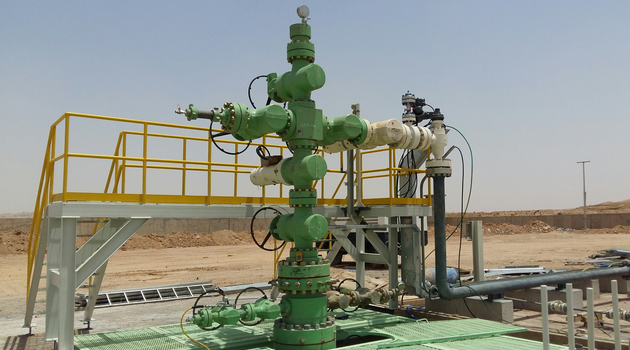 Together with the other wells at the field, the P-07 well is in free-flow production. With production volumes at the newly launched well now at 6,527 barrels per day, its commissioning has allowed daily production levels at the field to reach 67,000 barrels.

Three other wells were also commissioned at the field earlier this year, collectively producing 24,000 barrels per day. Drilling of four further wells — P-10, BD-2, P-14 and P-19 — is currently ongoing, with construction expected to be completed in early 2017.

Construction of oil and gas infrastructure is also ongoing at the Badra field, with construction and installation works for the commissioning of the first line of an associated petroleum gas (APG) treatment facility now 60-percent complete.

A third process line was constructed at the field’s central processing facility in June, allowing the facility’s potential capacity to increase to the projected level of 115,000 barrels per day.

As at July 20 2016, total cumulative production since the commissioning of the Badra field stands at 2.9 million barrels of oil, of which 1.2 million tonnes has been produced since the start of the year.