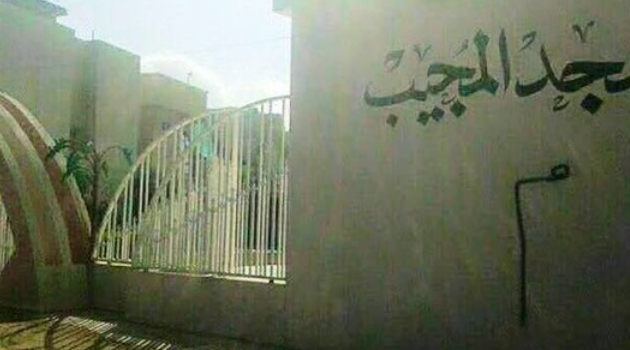 By Editor on 6th August 2016 in Security

As rumours about a campaign to push the extremist Islamic State group out of Mosul continue, the city’s residents mount a number of small, mainly psychological campaigns against the Islamic State.

As the extremist group known as the Islamic State looks increasingly unsteady inside Iraq, there are a growing number of acts of resistance against the group inside the northern city of Mosul, which has been the group’s stronghold in Iraq for over the past two years.

Evidence for this includes the number of times one sees the letter “M” written on the walls of schools, mosques and other buildings in the city. This letter was not a casual choice: It is the first letter of the Arabic word, muqawama, which means “resistance”. It is an important symbol for those living in the city who oppose the extremist group and all it stands for.

Acts of actual physical resistance are still rare, mainly because the city is full of Islamic State members and fighters, many of whom are armed and who will not hesitate to punish those who oppose them.

Of course, the extremists do not stand idly by when this graffiti appears. They clean it from the walls and try to find those responsible.

Local media has also responded to the graffiti, publishing stories about it, mostly gleaned from Iraqi social media users, who post pictures of the graffiti and boast about how the people of Mosul are trying to resist the Islamic State, or IS, group.

NIQASH was able to collect dozens of these kinds of stories and pictures too, including an “M” on the wall of the landmark Great Mosque of Al Nouri, which is where Abu Bakr al-Baghdadi, the leader of the Islamic State group, gave his famous speech in Mosul in July 2014.