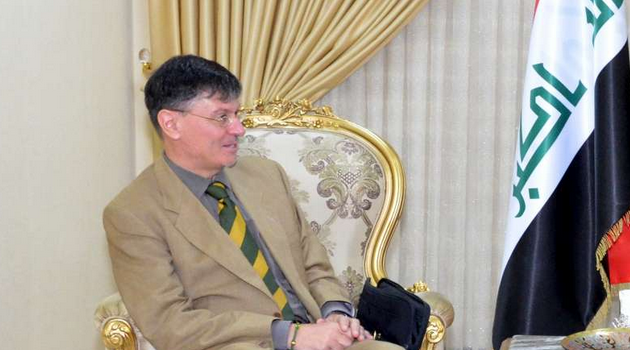 By Editor on 7th August 2016 in Security

UNHCR in Iraq welcomes new funding announced by the Government of Italy of €441,500 to help support the restoration of essential infrastructure in Diyala Governorate.

The project aims to provide infrastructural support to restore public services, helping to facilitate the reintegration of returning displaced Iraqis in Saadiya and Jalawla districts - areas which were briefly captured by extremist groups in late 2014. The conflict displaced around 20,000 families who fled to Khanaqin and surrounding governorates.

Some displaced families began returning to their homes last year after Saadiya and Jalawla came back under government control. However, the majority have not yet gone back because of the severe damage to key infrastructure and private property. The extent of the damage is estimated at 50% in Saadiya and 75% in Jalawla. The destruction, together with the the absence of many services, is one of the biggest obstacles preventing the return of displaced families.

In recent months, the local authorities have managed to partially restore some government schools, hospitals, electricity and water systems. Nonetheless, progress has been slow and UNHCR had recently appealed to the international community for additional support.

The rehabilitation project, to be to be funded by the Government of Italy and implemented by UNHCR and local partners, focuses on the restoration of electricity, through the installation of 20 transformers and associated running costs in each sub-district.

The project also covers sanitation improvements, including providing two garbage trucks to remove solid waste in each location. A one-month public clean up campaign will also be carried out, bringing together different volunteer groups in the communities.