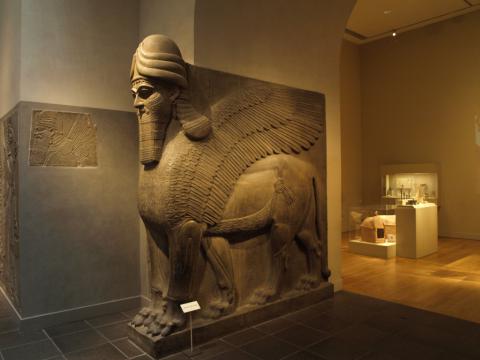 By Editor on 20th September 2016 in Security

On Aug. 30, the Iraqi Integrity Court announced the recovery of the head of the statue of King Sanatruq I, who reigned from roughly 140 to 180, which is an important Babylonian monument that is registered in the records of the Iraqi Museum of Antiquities. The head was stolen in April 2003. Also in August, Iraq recovered 483 artifacts that the Islamic State (IS) intended to smuggle out of Iraq.

An important step was taken in the efforts to recover Iraqi antiquities when the United States pledged last month to “protect the antiquities of Iraq and to recover what was looted,” John Russell, the US State Department’s senior adviser on Iraqi cultural heritage, said in a statement. This was confirmed by a source at the US Embassy in Baghdad who requested anonymity.

The source said that the embassy’s instructions on how to deal with cases of artifacts smuggling are very strict, and that the United States is very serious about ending this phenomenon.

However, the progress in recovering Iraqi antiquities that disappeared from museums and archaeological sites is offset by signs of continued smuggling in Mosul in the country’s north, especially since IS occupied the city on June 10, 2014, and in Dhi Qar (375 kilometers south of Baghdad), where on May 24, 2016, two antiquities smugglers were arrested while in possession of old manuscripts and artifacts.

On May 24, Iraqi Foreign Minister Ibrahim al-Jaafari said, “Iraq still needs international support to curb the smuggling of antiquities as an international crime.”