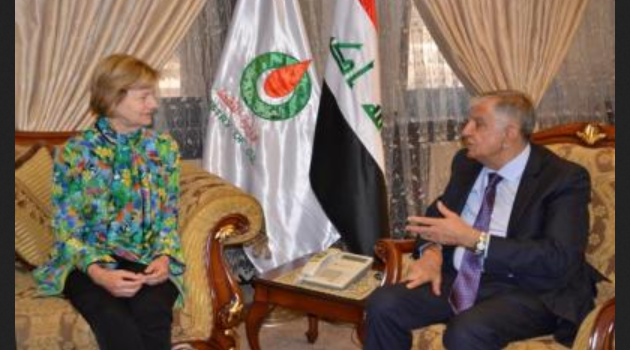 The two parties discussed cooperation and the development of the oil and gas industry in Iraq.

Mr. Allibi said the Ministry is opening the door to investment in sectors such as distribution and refining, in addition to the development of the gas industry, and called on British companies to participate actively in Iraqi industry.

He said the ministry is working hard to facilitate and support international companies working in Iraq.

Baroness Nicholson confirmed that the UK intends to work with the Oil Ministry in developing the industry.