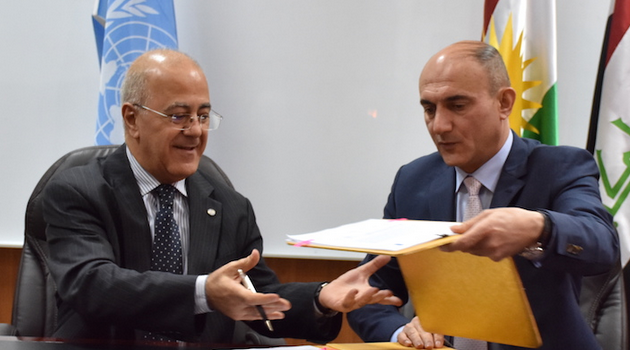 By Editor on 29th September 2016 in Construction & Engineering In Iraq

The United Nations Development Programme (UNDP) signed an agreement today in Erbil with the Ministry of Planning of the Kurdistan Regional Government (KRG) to establish a new Funding Facility for Economic Reform (FFER).

FFER will be used to mobilize high-caliber international expertise to support priority initiatives in the KRG’s reform plan.

“We are determined to pursue the newly adopted reform agenda; efficient and effective high-level international expertise is one of the important preconditions for the overall success. We appreciate this timely initiative by UNDP and look forward to working together.”

“The Kurdistan Region of Iraq has been hard-hit by the economic crisis. The KRG’s new reform plan seeks to reverse this. We are very pleased to launch the FFER as a way of helping the Region economically recover and return to a path of growth.”

FFER will mobilize expertise for initiatives aimed at transforming and diversifying the Kurdistan Region’s economy. FFER will work closely with a wide range of national and international partners, including the World Bank.

The Facility will be implemented under the leadership of the KRG’s Ministry of Planning.