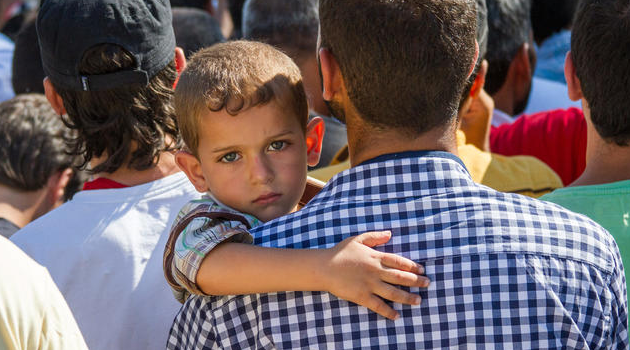 As many as 100,000 people face the risk of being left to sleep out in the open if the military operation to retake the Iraqi city of Mosul begins next week, the International Rescue Committee (IRC) has warned.

Current projections by military planners estimate that in the first few weeks as many as 200,000 people could flee from the city of 1.2 million, heading north and east towards the Nineveh plains as well as travelling south of Mosul.

After completing security screening, people fleeing the city will be sent onto emergency camps that are still under construction and will only contain enough tents for 100,000.

In total, up to 1 million people could flee their homes in search of safety during the military operation, with an estimated 700,000 requiring shelter, food, water and other vital aid.

“Once the military operation begins, people will flee in overwhelming numbers and be sent to emergency camps that won’t be ready for them. As many as 100,000 men, women and children could be in effect sleeping in the open, left exposed to the elements and without basic facilities.”

Anyone fleeing Mosul is also in danger of getting caught up in the conflict, and risks death from explosive devices planted on the outskirts of the city.

“We must get people out of the firing line. We still don’t know if there will be safe routes out of the city and how the military will distinguish civilians from fighters. It’s vital that everything humanly possible is done to protect civilians during the military operation and ensure they are able to escape the city safely, not only to save lives in the short term, but also to prevent creating resentment that could undermine reconciliation and lead to future instability for Iraq,” said Milutinovic.

Proper treatment of civilians must also take place at the screening centres, where men and boys over the age of 14 will be security checked. The IRC will be one of the aid agencies present at these centres, ensuring civilians have enough food and water, and that the most vulnerable are identified and prioritised or given medical care.

With the emergency camps unlikely to be able to provide the basic necessities to all that flee the city in the first weeks of the military operation, many people will find their way to abandoned buildings, schools and mosques in the towns and villages around Mosul.

In the race against time to reach as many of the most vulnerable as quickly as possible, the IRC will be giving cash to families so that they can buy food, pay rent and buy other essentials items, like clothes, blankets and cooking utensils.

The people of Mosul have lived under the nightmare of ISIS’s rule for two years. Many will have gone without medical care, struggled to pay for food and been traumatised by the violence they have witnessed.

A significant number will require specialist help going far beyond the immediate needs of food, water and shelter in the months to come.

You can read more about life in Mosul and the IRC’s planned respond here and the stories of Iraqis who recently fled ISIS controlled areas here.