Genel Energy plc issues the following trading and operations update in respect of Q3 2016. The information contained herein has not been audited and may be subject to further review.

"Genel has received $163 million in cash proceeds during 2016, underpinning the drilling of successful production wells across Taq Taq and Tawke.

"The KRG has made significant progress in restructuring the region's economy. With export volumes at Ceyhan having increased following a new deal with the federal government, and the recent recovery in the oil price, this bodes well for the region's cash flows. Despite the recent delay in payments, we remain optimistic that they will continue, facilitating further investment across our KRI assets." 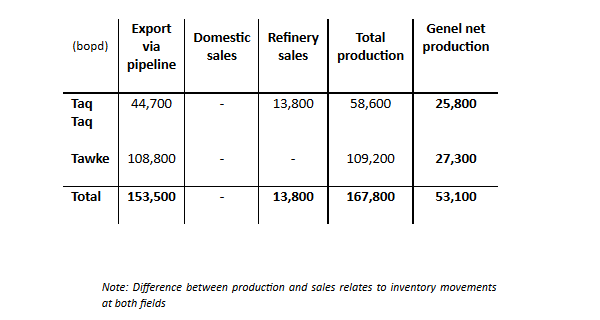 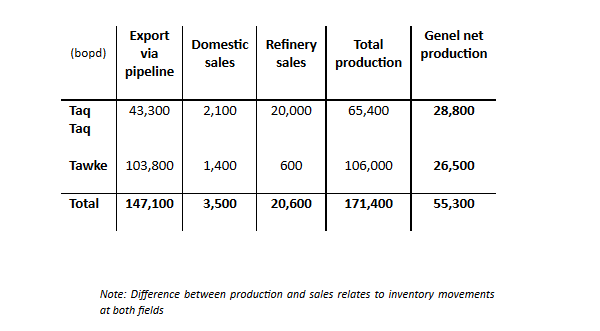