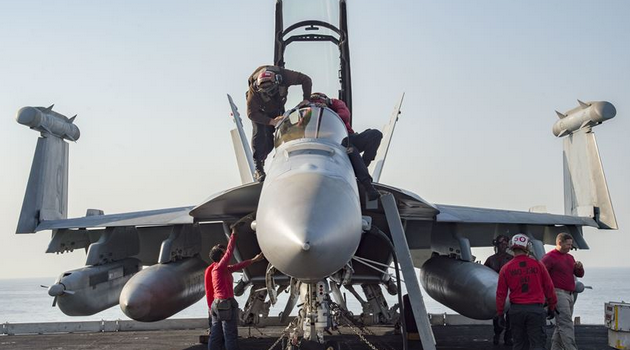 Iraqi forces continue to make steady progress in the effort to retake Mosul from the Islamic State of Iraq and the Levant, the commander of Combined Joint Task Force Operation Inherent Resolve said on Wednesday.

"The Iraqi security forces had developed a lot of momentum over the past two years," Army Lt. Gen. Stephen Townsend told Pentagon reporters during a teleconference from Baghdad. "Now we're seeing that momentum continue against ISIL, our common enemy, in Mosul."

"The Mosul offensive is a large and extraordinarily complex operation that the Iraqis have been planning for a very long time," Townsend said. Iraqi forces are moving forward on multiple axes toward Mosul, Iraq's second-largest city, he said, but the effort to take back the city, held by ISIL since 2014, will not be easy.

"There's a lot of hard fighting ahead but we're confident the Iraqis will be successful," Townsend said.

The operation to liberate the city of more than a million people began Oct. 17.

The U.S. supported the planning and preparation of forces and provided advice and assistance -- to include air and artillery strikes -- the general said. In addition, the coalition has provided substantial investment, as well, he said, including weapons, equipment and training.

The relentless campaign of strikes, he said, has removed fighters, weapons and key leaders from the battlefield ahead of the Iraqi advance.

But, it is ultimately the Iraqis who are in charge of the operation, he pointed out. "They're the ones making the decisions, and their forces are the ones who will enter Mosul and raise the Iraqi flag in the center of the city," Townsend said.