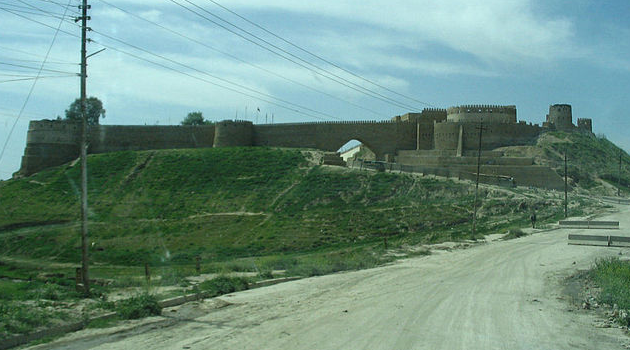 By Editor on 23rd November 2016 in Politics, Security

Harakat Hezbollah al-Nujaba, one of the PMU factions affiliated with the Iranian velayat-e faqih, expects the battle to liberate Tal Afar to be “fierce,” denying claims that the PMU is trying to bring about a demographic change in the district, and accusing Turkey of “sticking its nose in the business of others."

It is very likely that the PMU and the Turkish troops will clash in the city, as the latter are stationed 12 kilometers (7.5 miles) from Tal Afar.

Turkey believes that the presence of the PMU in Tal Afar gives it ground to enter the city, especially after Erdogan’s warning to interfere “should the PMU spread fear among the citizens.”

What’s more, Turkey does not wish for Iran to have influence in Tal Afar, which is adjacent to the border with Syria; it would make it easier for Iran to transfer arms through the land route it is seeking to establish from the east to the west of Iraq. This is also seen as one of the reasons behind the dispute over Tal Afar.

Erdogan fears that Tal Afar, which lies 60 kilometers (37 miles) from the Turkish border, would become a haven for the Shiite factions close to Iraq. The Turkish president also has concerns over a possible alliance between the PMU and the Kurdistan Workers Party (PKK) in regard to attacks that could be launched on Turkey or a possible facilitation by the PMU of arms transfers to the PKK fighting the Turkish army.

It appears that there will be a new Turkish-Iraqi escalation that might evolve into a military standoff, especially since Abadi has previously stated, “[Iraq] does not wish to go to war with Turkey, but should Turkey insist on a war, we will be ready.”

However, should any military confrontation happen between Turkey and Iraq, the latter would not involve its regular troops but rather the PMU that view the Turkish troops in Iraq as an “occupation force,” which they would target if they happen to be in the same location.

Tal Afar has become an international disputed area between Turkey and Iraq, which is causing further instability in terms of security and opens the door to civil conflicts, thereby paving the way for any Iranian or Turkish military intervention.